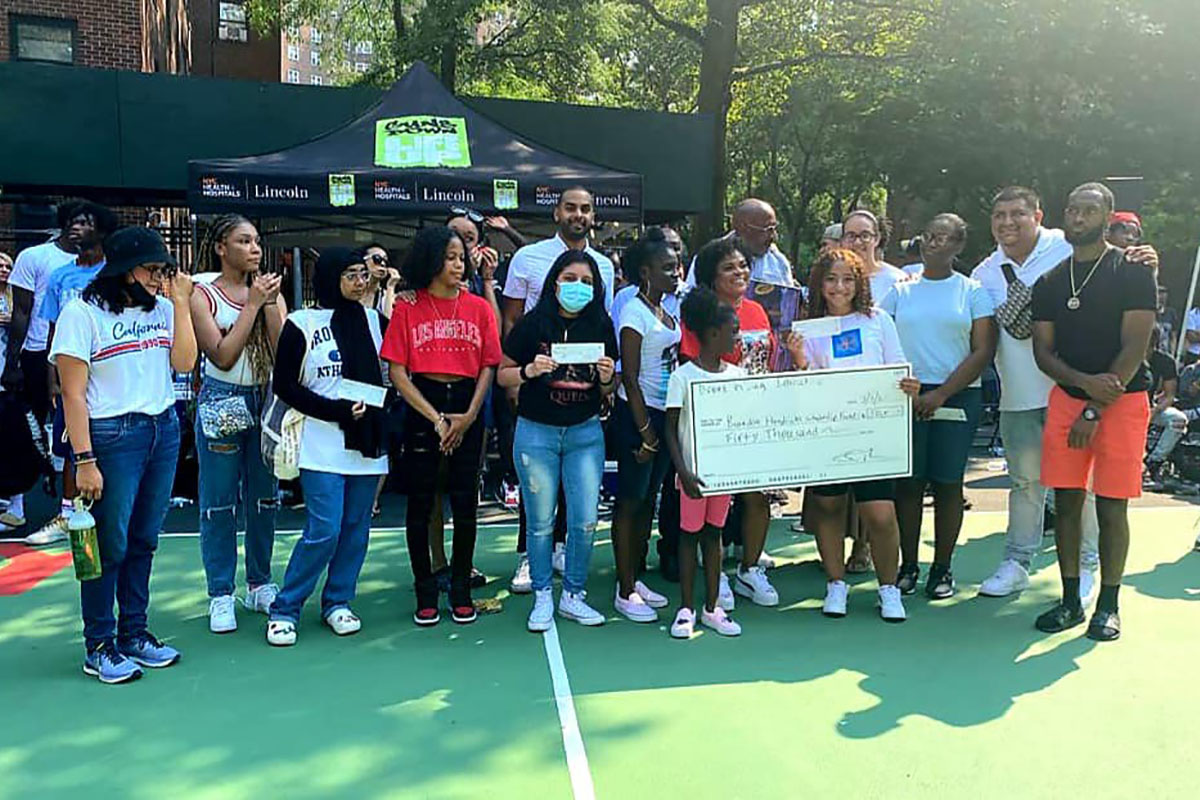 A street renaming might normally be all in a day’s work for the Bronx Rising Initiative. But on July 7, it also was part and parcel with naming 10 recipients of the Brandon Hendricks Scholarship.

The scholarship was named after Brandon Hendricks, an up-and-coming high school basketball player who was shot and killed last year.

But now, in his name, 10 students from city high schools each received $5,000 to aid in tuition costs for their colleges of choice.

Turbridy plans to major in music performance at New York University. A French horn player, she hopes to both perform professionally and teach.

Smith plays both violin and piano, but plans to study biology at Stony Brook University on Long Island. Her ultimate goal is to become a pediatrician.

Berkeley College honored Bronx students Ledwin Amaro and Vanessa Justiniano by including them on its president’s list honor, while Martnia Montalvo was named to the dean’s list at the Midtown Manhattan college.