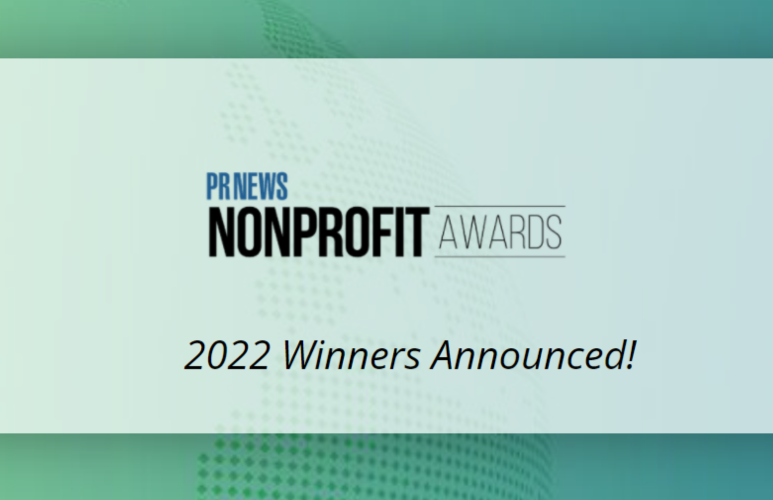 Individuals from three nonprofits (Augusta University & Augusta University Health, the Association of Equipment Manufacturers and Macon-Bibb County), along with one organization (the National Confectioners Association) took top honors at the PRNews Nonprofit Awards. The awards, which are sponsored by the PRNews Group at Access Intelligence, recognize excellence among communicators and teams within the nonprofit sector.

Christen Engel, Senior Vice President at Poston Communications, Aiken, S.C., garnered the Communicator of the Year – Education/University Award for her work in showcasing Augusta University’s medical experts along with the university’s Covid-19 virtual screening efforts. Her work capitalized on media mentions when the programs were made available throughout South Carolina, as well as endorsed by state health officials.

Chris Floore, Manager of the Office of Communications for the Macon-Bibb County government in Georgia, received the Communicator of the Year – Government award. Floore’s efforts include advising the mayor and county manager on communication issues that highlight government initiatives and departments in need. Floore’s help benefitted the Brookdale Warming Center, the county’s homeless shelter, which raised $170,000 in support of its 600-plus residents. The county government also won the Crisis Management award and garnered honorable mention for Advocacy Campaign and Lobbying Efforts.

Sandra Mason, Director of Public Relations at the Association of Equipment Manufacturers, Milwaukee, took home the Communicator of the Year – Association award. Mason was instrumental in launching the organization’s first online newsroom in 2020. The newsroom has since generated nearly 40,000 views. In 2021, Mason introduced the Precision AG Study PR Plan, which generated more than 151 media placements and 20 interviews. Her work also supported the organization’s DC Advocacy Team, resulting in the Precision AG Loan Program Act, which provides loan financing for farmers making equipment purchases.

The National Confectioners Association’s eight-person team earned the Nonprofit Team of the Year Award. The Washington, D.C.-based association team provided the candy and confection industry with daily updates on statewide executive orders during the pandemic. Their efforts allowed confectioners to keep their manufacturing facilities open and compliant under ever-shifting coronavirus operating conditions. The team also transitioned its Sweets & Snacks Expo, which normally draws 15,000 attendees, online in 2020 before returning it to live-event status in 2021. This effort also won the Crisis Management Award and earned honorable mention for Advocacy Campaign and Lobbying Efforts.

Dementia Australia, which won the award for Advocacy Campaign and Lobbying Efforts for aiding in securing a $229.4 million financial commitment for its work, as well as the PR on a Shoestring Budget award for its library promotional campaign.

UW Credit Union, which received the Annual Publication or Brochure award for its 2020 Annual Report: Steady in Turbulent Times. Ready for What’s Next.

The Hatcher Group and the Congressional Black Caucus Foundation, which earned the Branding/Re-branding award for design work that included a new logo and website.

The Trevor Project, which won the Corporate/Nonprofit Partnership award for its work with the PwC Charitable Foundation.

Saban Community Clinic, which won the Event PR award for its Preventing the Double Pandemic event.

Air Movement and Control Association International (AMCA), which was recognized with the External Publication or Report award for the 2021 Edition of AMCA inmotion Magazine. AMCA also earned honorable mention for Annual Publication or Brochure.

Megaworld Foundation, which took home the Internal Publication award for its digital coffee table book The Visionary, The Philanthropist.

JPA Health, which took the Member Communications award for its Don’t Lump Your Patients Together marketing campaign.

Providence Institute for Human Caring, which won the Podcast award for its Hear Me Now podcast.

Kansas City Board of Public Utilities, which won the Social Responsibility Campaign/Initiatives award for its BPU – Helping Customers and the Community Manage COVID Challenges efforts.

Farmer’s Footprint, which took home the Video award for it’s a Refugee’s Reunion with the Soil video.

The American Cleaning Institute earned the Website award for its joint online effort with the Centers for Disease Control and Prevention for an online guide and resource repository regarding best hygiene practices as schools reopen.

The Riverdale Press By STACY DRIKS Samantha Grossman earned the Fall 2021 dean’s award with distinction from Colgate University. Grossman, a graduate of the Fieldston ...

What is Food Justice? These Leaders Explain How They Expand Food Access in Marginalized Communities

HEALTHLINE By Taneasha White “It’s time to fix our broken food systems. If community-based, urban agricultural initiatives worked back in the day, then surely they ...

Putting An End To Gun Violence: Join Us In Keeping Our Community Safe This Summer

Summer is the most dangerous time for gun violence. In the summer, levels of gun violence can skyrocket by up to 30% – a ...