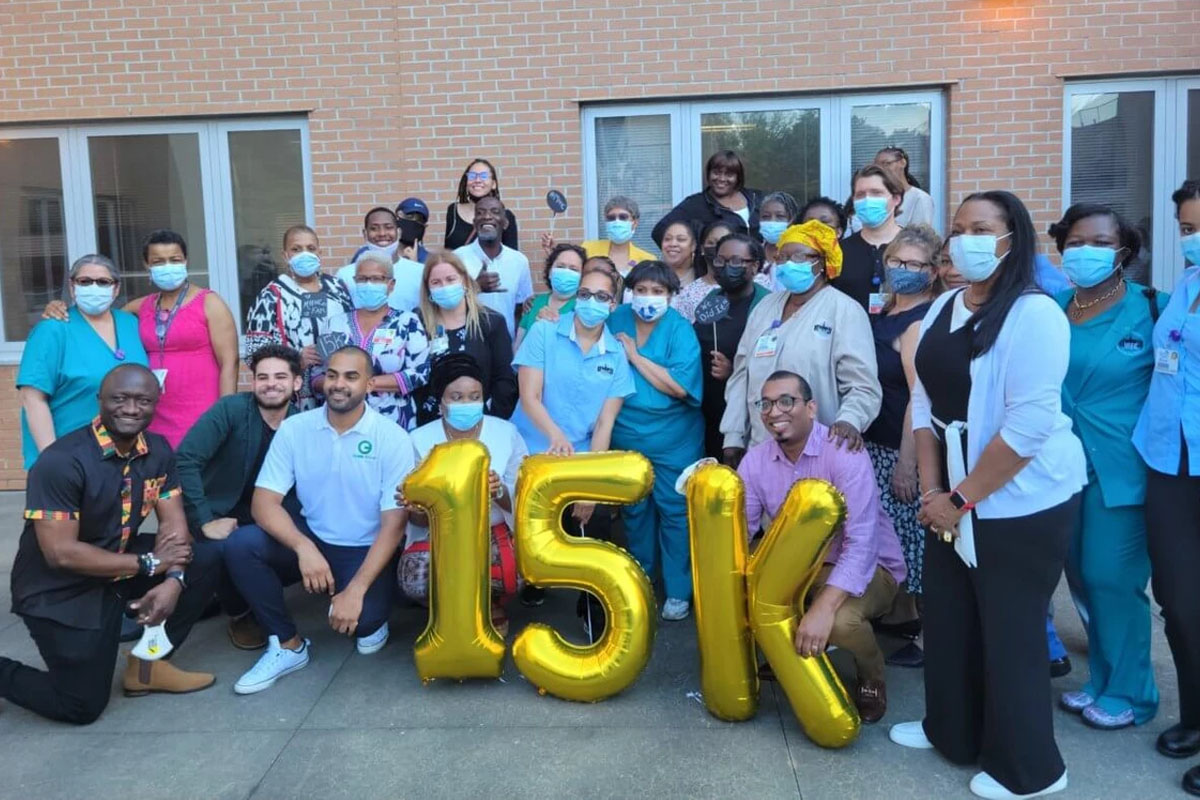 As the Bronx was the epicenter of COVID-19 and thousands of lives were lost, things are now slowly headed in the right direction.

While it is still last in the city in vaccination rates with 44 percent, nonprofit The Bronx Rising Initiative vaccinated its 15,000th person on June 9 at one of Morris Height Health Center’s clinics.

Tomas Ramos, who founded BRI in March 2020, told the attendees he never imagined the organization would make such an impact. He recalled watching the death totals in Italy and knew things would be bad in the Bronx. Upon launching the organization he began seeking partners and the first place he contacted was MHHC. Over the past year they have teamed up multiple times to help the community.

He thanked MHHC for working with him and praised their staff. Mari Millet, president and CEO of MHHC, was quite emotional when talking about the pandemic. She recalled how in January 2020 people were saying the word COVID and no one knew what it meant.

Then suddenly everyone began getting sick. Doctors, nurses, MHHC employees and countless Bronxites battled the coronavirus and hospitals and funeral homes were overflowing with bodies.

But, to be here in June and have vaccinated 15,000 people is just astonishing, she said.

“Without you we don’t get it done,” she said to her staff. “We came from the testing, from the losing, we came from a lot deeper place than vaccination. This is about saying thank you for saving lives.”

Looking ahead, she stressed that more Bronx residents must get vaccinated.

“We have to make sure that the only way to protect people now is to vaccinate them,” she exclaimed. “We’re here to take care of those people who can’t care for themselves.”