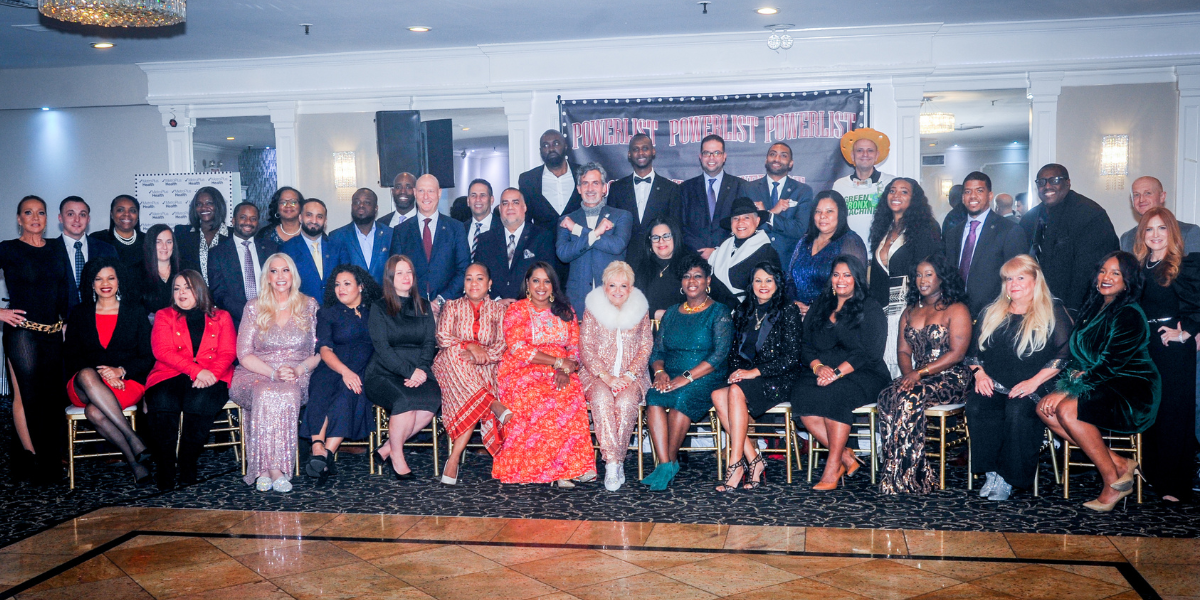 Hundreds of supporters celebrated as the 2022 Bronx Power Listers were honored at Maestro’s Caterers on Wednesday, Dec. 14.

The ultimate networking event celebrated extraordinary individuals from a broad spectrum of the business and nonprofit world who were recognized for their continued commitment, impact, and influence they have sustained on the Bronx’s existence over the past year.

On hand for Wednesday’s celebration was state Sen. Jamaal Bailey — who represents a host of North Bronx communities — who said 2022 was all about the Bronx’s trademark resilience from the throes of COVID-19 and was optimistic for the borough’s upward trajectory, particularly in economic development, in 2023.

“Whether it was COVID-19, asylum seekers seeking refuge in our borough, I’m proud of our borough for our resiliency because we don’t give up and rise to challenges,” said Bailey, who is also president of the Bronx’s Democratic Party. “But just because you’re doing good, doesn’t mean you can’t do better. Doing better doesn’t mean you’re doing bad. In 2023, we want to do better and I think we’re going to get there.”

The event was hosted by Schneps Media, publishers of The Bronx Times, Caribbean Life, El Correo and amnyMetro, which is proud to bring together the most extraordinary individuals to connect, support one another, do business and build community.

Building community is so important for groups such as Black Trans Nation, a non-profit working to advance the rights of all trans and gender non-conforming persons, and they are using events like the PowerList to continue to amplify their visibility and voice heading into 2023. For others, like Elizabeth Macias, senior vice president of Ponce Bank, building community is an social investment that can empower communities they serve.

“With our Bronx communities, we’ve taken on so many programs and have made so many contributions to the communities we’re in,” said Macias. “That could be anything from informing our members how to use digital services like mobile banking to empowering them to make financial decisions, it’s all a piece of providing as much as you can for our Bronx communities, who rely on these partnerships and working relationships.”

For leaders in the Bronx’s healthcare infrastructure, much of the evergreen work to keep the borough healthy relies on partnerships and an effort to drive down all the interrelated systems affecting the health Bronx residents.

“We’re not just helping our community members get healthcare, but we’re also trying to think about all these interconnected systems that affect our borough such as travel times to a doctor,” said Dr. Errol L. Pierre, senior vice president at Healthfirst. “Getting patient care to our members is our number one objective, and much of that is in partnerships and sponsorships with groups and healthcare workers being honored tonight.”

Steven Mitchell, senior director of sales administration at Metro Plus, said that health insurance agency was able to meet the needs of 10,000 asylum seekers this year, and 2023 includes tackling systemic issue such as food inaccess and housing insecurity that are posing health risks for the Bronx.

On the education front, many Bronx schools continued their adjustment to post-remote or hybrid learning curriculums brought forth by the COVID-19 pandemic.

In the South Bronx, the New Vision Charter High School received one of the nation’s highest educational recognitions from the National Blue Ribbon Schools Program, which recognizes public and private elementary, middle, and high schools based on their overall academic excellence or their progress in closing achievement gaps among student subgroups.

“The biggest highlight was being the only Bronx high school this year to receive a Blue Ribbon recognition, and it’s the representation of a true community effort among staff, family and our students,” said New Vision Charter’s Principal Sandy Manessis. “It’s a community effort. I’m also a product of Bronx schools, born-and-raised, and it took the people who educated me to get where I am today. And we’re hoping to d do the same for all our students.”

In addition to the ultimate networking and joyful celebration, one hundred percent of the raffle proceeds went to the nonprofit Phipps Neighborhoods.

Dr. Fernando Cabrera, Senior Advisor, Faith Based and Community Partnerships for the Office of the Mayor

Chaplain Ingrid Lewis-Martin, Chief Advisor for the Office of the Mayor