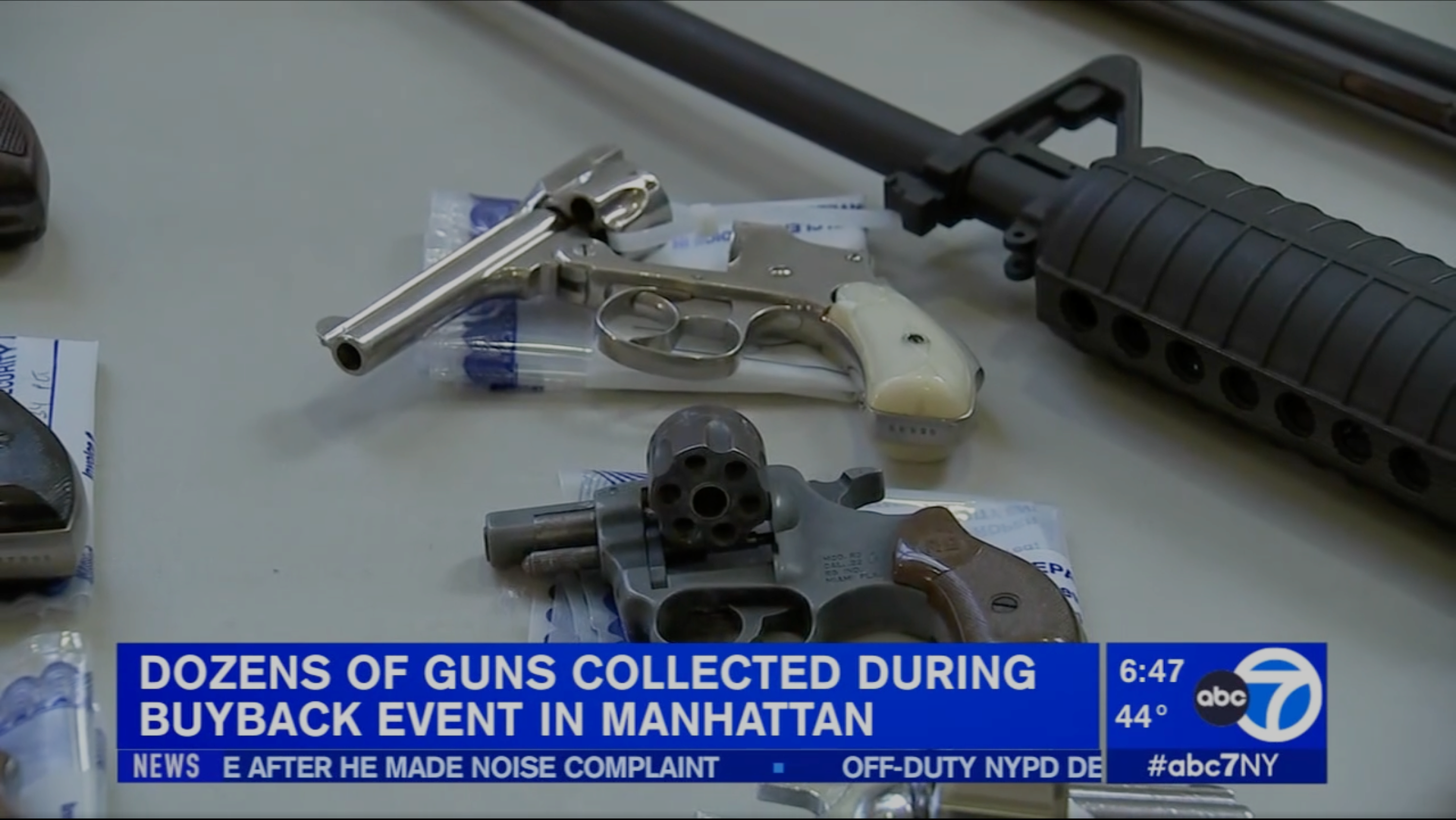 WASHINGTON HEIGHTS, Manhattan (WABC) — Community leaders in Manhattan partnered with local government in an effort to get guns off the streets.

The Oyate Group and its ‘A Mother’5 Promi5e‘ program hosted a gun buyback program on Saturday in Washington Heights with the help of New York State Senator Robert Jackson, The Manhattan District Attorney’s Office, and the NYPD.

The program offered $500 pre-paid gift cards for operable handguns and assault rifles, $150 for rifles and shotguns, and $50 for BB guns and imitation pistols – no questions asked.

“This is making our neighborhood and city a safer place to walk and to live, ” said New York State Senator Robert Jackson. “And that’s what this is about.”

This is the second buyback sponsored by the Oyate Group which collected 70 guns last December in the Bronx.

The organization was able to offer more money for operable guns than other buyback programs because of the partnership with government agencies.

“Every gun off the street is potentially a life saved and there are approximately fifty guns off the street today, so I feel encouraged,” said Manhattan District Attorney Alvin Bragg.

The Riverdale Press By STACY DRIKS Samantha Grossman earned the Fall 2021 dean’s award with distinction from Colgate University. Grossman, a graduate of the Fieldston ...

What is Food Justice? These Leaders Explain How They Expand Food Access in Marginalized Communities

HEALTHLINE By Taneasha White “It’s time to fix our broken food systems. If community-based, urban agricultural initiatives worked back in the day, then surely they ...

Putting An End To Gun Violence: Join Us In Keeping Our Community Safe This Summer

Summer is the most dangerous time for gun violence. In the summer, levels of gun violence can skyrocket by up to 30% – a ...