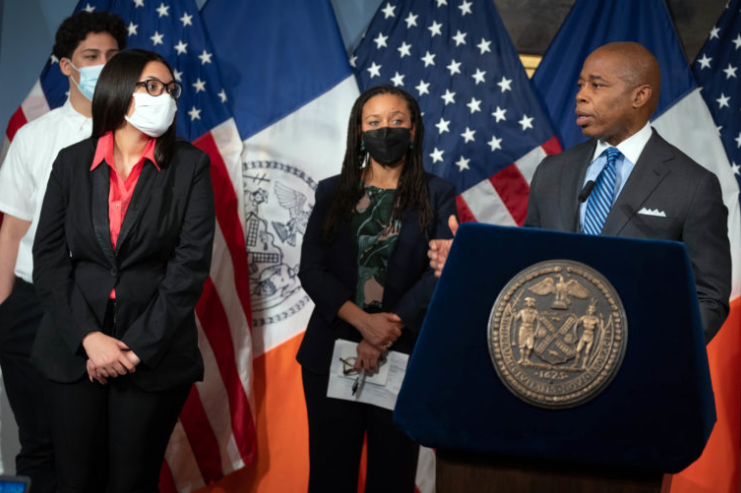 “Ultimately it further stratifies our city, which is already full of haves and have-nots, and leaves a generation of young folks without the necessary conduit to refine their workforce development skills.”

For 20-plus years I have been connected to New York City’s Summer Youth Employment Program (SYEP)—whether it be as a participant, a leader of a non-profit provider agency or as an employee of the Department of Youth & Community Development (SYEP’s parent agency).

SYEP, eponymously referred to as your ‘summer job’ by folks who grew up in New York City, has played an instrumental role in my early career development—something which I didn’t understand during my summer placements. It set the basis for my career today. This is true for so many folks I know. I have countless friends, colleagues and even some of my current employees (one was a recent 2021 SYEP participant) who have been a product of this indelible asset.

But the unfortunate truth is that SYEP marginalizes an entire population of youth: the undocumented. In 2017 there was an estimated 38,000 undocumented youth enrolled in NYC Department of Education schools alone. Based on this number, there is a bare minimum of at least 11,000 13-18 year olds enrolled in NYC DOE schools who should be eligible to participate in SYEP. Based on my personal and professional experiences, I believe that number is still larger. This population is being left behind without any access to the much-needed workforce skills development that SYEP offers.

I have witnessed firsthand, students who are eager to participate in SYEP, only to be told that they cannot due to their residency status. It is heart-wrenching to say the least.

Some of the most important factors when applying to colleges and universities include one’s work and volunteer experiences. According to one survey, since the early 2000s there’s been an increase in young people participating in volunteer and work experience. While this increase is critical to shaping the future of the workforce, there is a lack of documentation and participation by undocumented youth in these studies. This can only mean that our undocumented youth are falling further behind their peers—exacerbating the gap between them and successful, economically stable futures.

The DOE and Mayor Eric Adams’ administration are acutely aware of the power and potential of SYEP and have made a commitment to expand it within its current bounds. But the DOE has demonstrated poor equity within its schools for decades, and this inequity unfortunately bleeds over to SYEP.

In its current iteration SYEP prevents an entire set of young folks from being placed in a summer job. Ultimately it further stratifies our city, which is already full of haves and have-nots, and leaves a generation of young folks without the necessary conduit to refine their workforce development skills. This isn’t an economically responsible or viable decision when attempting to address the needs and demands of the 21st century workforce.

Simple improvements to the system can and must be made to ensure that all young people across the city are given the opportunity to participate in SYEP. Currently, all of the participants of SYEP are paid via debit cards. A simple workaround for DYCD would be issuing prepaid gift cards to participants instead. This would be a small, likely unnoticeable change for many, but would be revolutionary for undocumented young folks, allowing them to enter the workforce and gain the skills their peers are developing.

There is precedent for this change. Many organizations have used gift cards to ensure that undocumented folk are receiving some sort of relief from the impacts of the pandemic, and DYCD has partnered with entities to provide direct cash assistance in the past. It would only be a matter of scaling the project to ensure that the program accommodates the 80,000 youth it serves annually.

Moreover, we at the Oyate Group used gift cards as part of our COVID-19 vaccine program last year with a high degree of success. The New Yorkers who we vaccinated in the Bronx, Washington Heights and Harlem received a $50 prepaid gift card per dose. Our ability to ensure that even the most severely affected New Yorkers received a payment, despite their circumstances, propelled us to vaccinate over 40,000 individuals in a year. This degree of success can be achieved not through policy making (which can take years to induce change), but through a shift in the bureaucratic machine that will ensure those who need the resources the most will have access to them.

Creating parity of access should be the goal for SYEP. After all, part of DYCD’s mission statement is “to alleviate the effects of poverty and to provide opportunities for New Yorkers and communities to flourish.” Currently, neither the city nor the agency tasked with providing these critical workforce development resources is meeting the needs of undocumented youth. But this can and must change, and all it takes is a gift card.

Jason Autar is the chief operating officer of the Oyate Group, a nonprofit with the mission to alleviate poverty by creating sustainable and holistic solutions that empower underserved communities across New York City. He oversees the organization’s internship and mentoring initiatives.