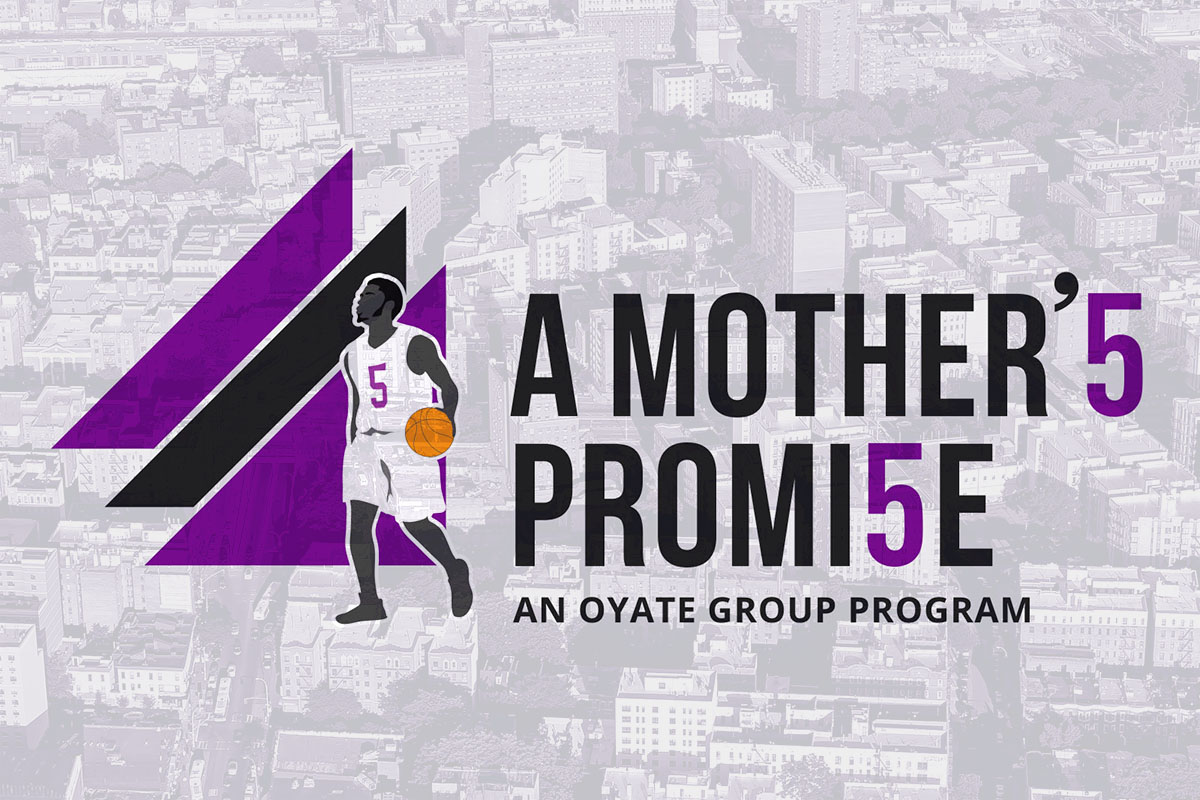 Today, Oyate Group, a nonprofit on a mission to alleviate poverty by creating sustainable and holistic solutions that empower underserved communities all across New York City known for its Bronx Rising Initiative and Uptown Rising Initiative, is launching A Mother’5 Promi5e. This new initiative will serve as a safe haven, breaking cycles of violence and crime through programming and mentorship for youth, guidance for parents and families and partnerships with local leaders working to reform public safety for underserved communities.

Oyate Group’s A Mother’5 Promi5e was founded by Eve Hendricks in honor of her son, Brandon Hendricks, a rising star who was the victim of senseless gun violence in 2020. He was a consistent source of hope and inspiration for everyone who knew him, and the organization is dedicated to emulating Brandon’s passion and drive to give back to his community.

“I was inspired by the life of my son, Brandon, to start this work. He lived a life for others, and I had to make sure I carried on his legacy,” said Eve Hendricks, founder of A Mother’5 Promi5e. “We must end gun violence in our communities so that every one of our children can achieve their dreams. Gun buybacks are the right first step to keeping guns off our streets.”

“Too many people in our most underserved neighborhoods have been feeling unsafe for far too long,” said Tomas Ramos, founder, president and CEO of the Oyate Group and its programs. “A Mother’5 Promi5e aims to transform our communities most affected by gun violence through programming for youth, support for families and partnerships with our local leaders to carry out critical work like our inaugural buyback event. We’re looking forward to the impact we can have.”

Media interested in learning more about A Mother’5 Promi5e and its work should contact Sabrina Bazelais at Sabrina@thetascgroup.com or (646) 731-0240.

The Oyate Group is a nonprofit organization with the mission to alleviate poverty by creating sustainable and holistic solutions that empower underserved communities all across New York City. Founded in March of 2020 by Tomas Ramos, the organization’s programs include Bronx Rising Initiative, Uptown Rising Initiative and A Mother’5 Promi5e.