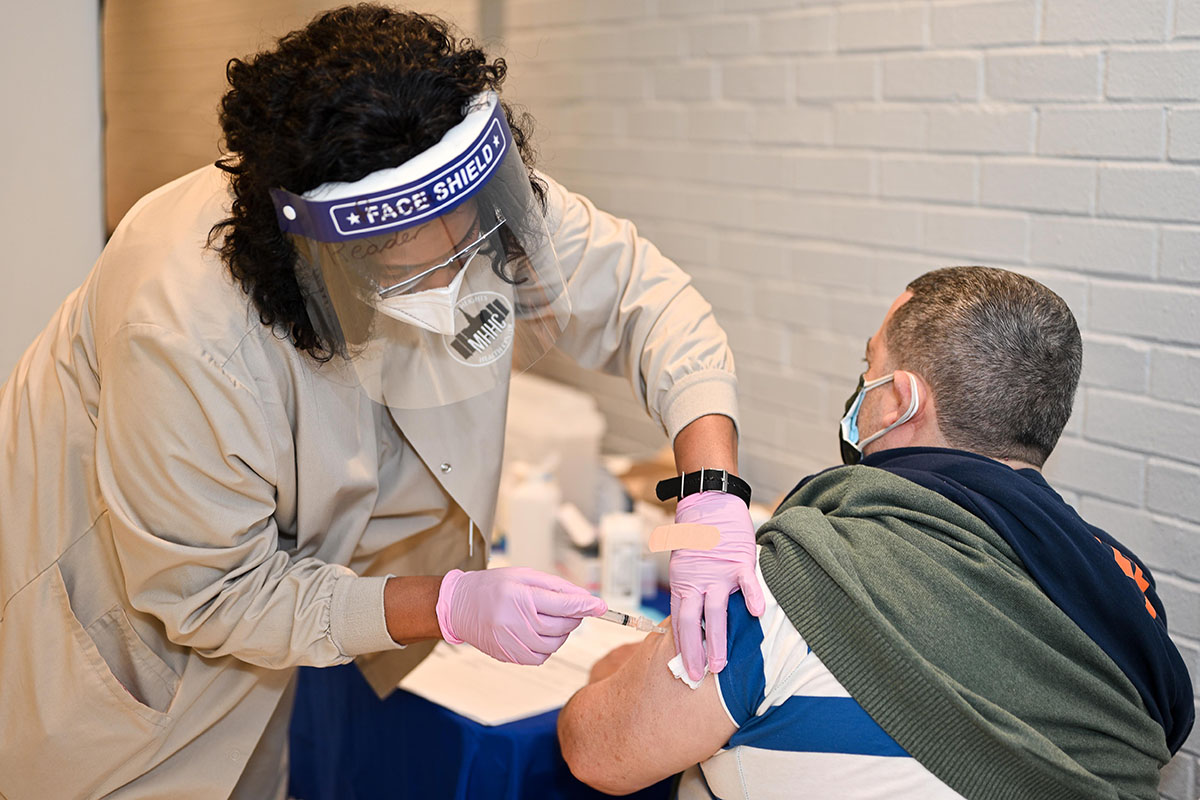 Some New Yorkers Say $100 Offer Inspired Them to Get Vaccinated.

By: Precious Fondren and Ashley Wong

Robert Byng was determined to receive his first shot of the Pfizer-BioNTech coronavirus vaccine at the Bushwick branch of the Brooklyn Public Library on Friday, and said that he had pushed back an interview to be there.

The reason? He needed the $100 that now comes with receiving your first dose at a city-run site.

Mr. Byng, 59, is living in a men’s shelter that he said has had plenty of positive cases. That coupled with the fact that he’ll receive $100 for getting his shot motivated him to get vaccinated.

The city has tried all kinds of tactics to try to lure in residents to get vaccinated, from gift certificates, free tickets to soccer games and stays in some of the city’s glitziest hotels. Now, it’s simply giving out cash in a bid to entice members of groups whose vaccination rates have stayed stubbornly low. The Biden administration has urged other local and state governments to draw on Covid relief funds to offer similar bonuses.

Several students said they were there because their schools had made getting vaccinated a requirement to return in the fall.

“I’ve been meaning to get it, but just didn’t have the motivation to go until now,” said Sara Rose Monahan, 23, a student at Iona College. The school requires its students to be vaccinated to return, she said, but she said the cash reward “absolutely” pushed her to sign up sooner than she had planned.

The cash incentive also helped convince some who had been hesitant to get the vaccine earlier. Quiana Tineo, 18, a high school senior in the Bronx, said the incentive was what pushed her to swallow her uncertainty and sign up.

“I was thinking about it, but I was worried about the side effects,” Ms. Tineo said, adding that she was not fond of needles either.

Mr. Byng, in Bushwick, said that he heard about the incentive through the news and that he was a little disappointed he wouldn’t receive the money immediately.

“They said I had to go back on the site, then register, then a card would be sent in the mail to my address,” he said. “I do think everybody needs to do it eventually, because it looks like Covid isn’t going anywhere anytime soon.”