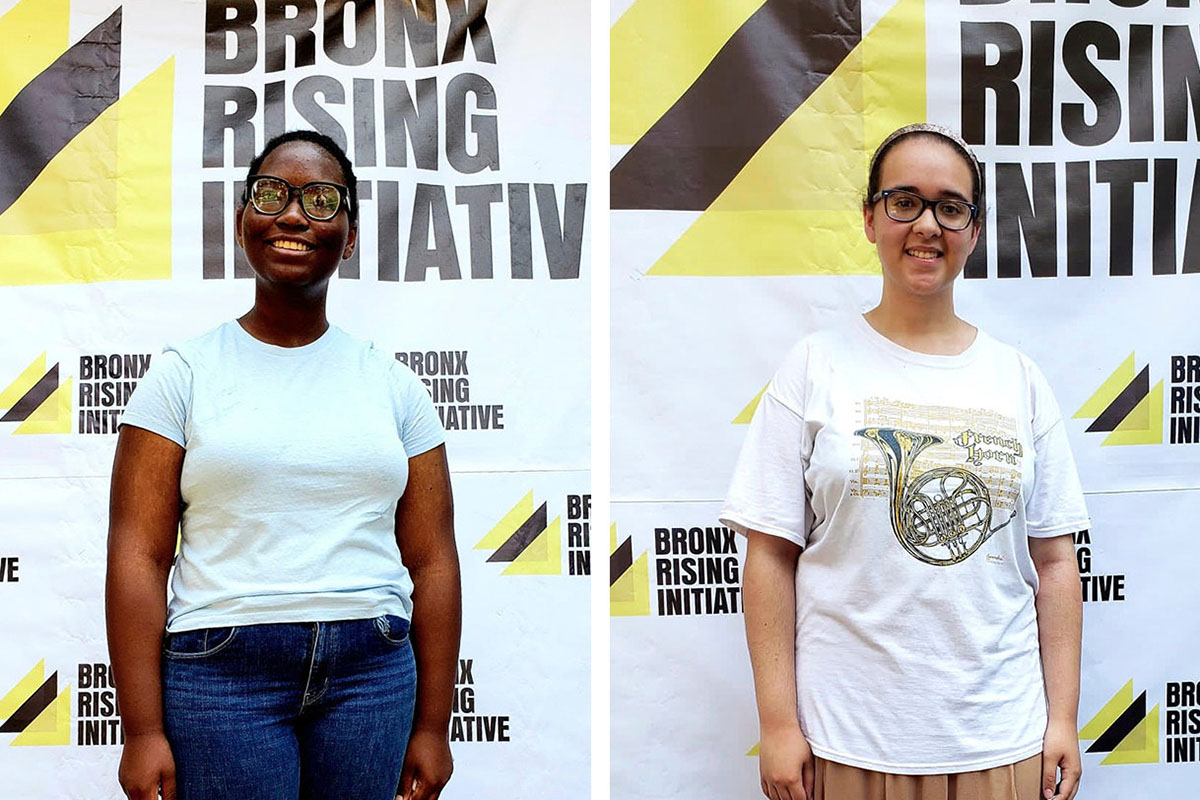 He had just graduated from high school. He was a talented point guard for the James Monroe Campus basketball team, and had dreams of going to St. John’s University.

But that was cut short for Brandon Hendricks when a bullet ended his life on June 29, 2020. Yet, his memory lives on through a scholarship created by Bronx Rising Initiative, giving others a chance for a future Hendricks didn’t get to have.

Among those honored with financial help for college are Abigail Smith and Rachel Turbridy. Both are recent graduates of the Celia Cruz High School of Music in Kingsbridge Heights, and both plan to attend four-year universities next year.

“His death was a huge loss for our community,” he said. “We wanted to find a way to honor his legacy and provide hope to other young people like him.

Working with his family, we established a scholarship for students like him who are headed to college and who are already changing the community for the better.”

Abigail Smith was certainly one of those students. When she first heard about the scholarship, she thought “It’s an opportunity for students in the Bronx. So why not?”

Despite participating in orchestra at a music-focused school for the past four years, Smith plans to study biology at Stony Brook University on Long Island with the hopes of becoming a pediatrician or working in the medical field.

Still, music continues to be important to Smith — just something she’ll pursue as a side career.

“When looking over Abigail’s application, the first (thing) I noticed was her drive,” Ramos said. “It can be challenging to figure out what you want for your future, and Abigail has her eyes set on the medical field.

“She knows exactly what the future holds for her, just like Brandon did.”

Turbridy, on the other hand, is heading off to New York University to continue studying music with a focus on the French horn.

Her plans are to potentially pursue music education as well. At the same time, Turbridy said she felt she related to Brandon’s passion for basketball.

“I really connected a lot of my musical passion with his to basketball.”

Turbridy’s application reflected just that, Ramos explained: A dedication to music as a career like Brandon’s love for his sport.

“As we chose the 10 young women who won the Brandon Hendricks scholarship this year, we were looking for people who had the same passion as Brandon did and who could honor and carry on his legacy,” Ramos said. “Both Abigail and Rachel had precisely that. They looked toward the future with eagerness and hope.”

The scholarship was awarded to 10 students on July 7, which would have been Brandon’s 19th birthday. At the same time, the intersection at E. 156th Street and Park Avenue was ceremonially renamed Brandon Hendricks-Ellison Boulevard.

In the end, both Smith and Turbridy will have college experiences affected by Brandon Hendricks, allowing him to impact their dreams, even if he never had the opportunity to fulfill his own.

“Both of these young women have extraordinary futures waiting for them,” Ramos said. “We’re excited to see them unfold.”